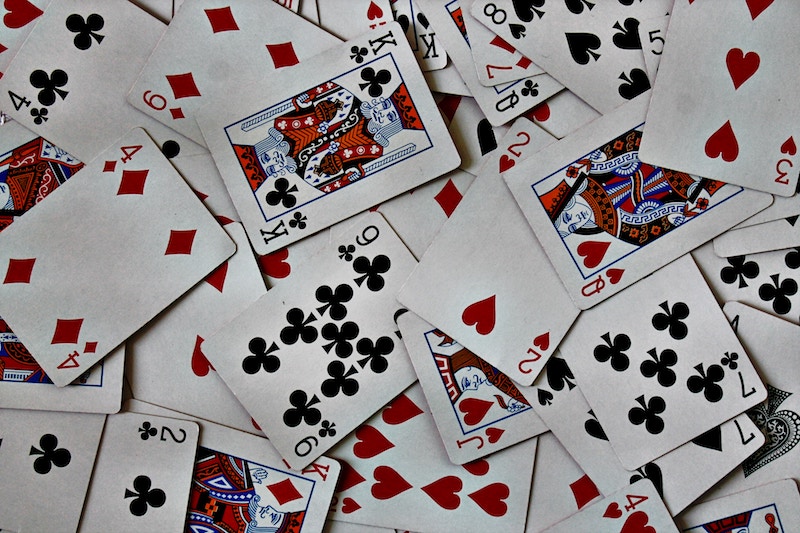 Starting to feel like all card tricks are the same?

You need to add Out of This World to your arsenal of card tricks.

The Out of This World card trick is a world-famous card trick where a spectator successfully separates red cards from black cards into two piles without seeing their faces.

There are tons of variations and methods for accomplishing the effect, but the end result is usually about the same — total astonishment!

Here’s a little more about the routine, explanations of some of the variations and techniques used, and where you can learn the Out of This World card trick.

History of the Out of This World Routine

Curry was an incredible innovator in the world of card magic, despite not being a professional performer or worker himself.

He was considered an amateur but loved to develop his own effects. You’ll find his fingerprints on classics like the Sliding Knot and the missing square puzzle.

Out of This World became famous in part due to its stunning impact as a trick.

But there’s another reason it stuck so aggressively in the magic community.

Allegedly, magician Harry Green performed this effect for Winston Churchill, who loved it so much he demanded to see it repeated a total of 6 times.

He never could figure out how it was done, giving Out of This World the nickname, “The Trick That Fooled Winston Churchill.”

Out of This World Effect Explained

So how exactly does this trick go?

In the most basic version of the effect, it looks like this:

At the end, it’s revealed that the participant miraculously has placed every card in the proper pile without a single mistake!

Out of This World Set Up vs Impromptu

There are a few different ways magicians can accomplish this effect (I’ll link to some tutorials and learning resources below).

Essentially, there are two approaches.

Pre-arranged Out of This World effects involve a stacked deck. Usually, the deck is pre-separated (all red cards together, all black cards together). This makes the handling and presentation of the effect extremely clean, but it might be more suspicious.

Advanced performers can perform a full-deck false shuffle or some false-cuts to throw people off the scent of the stacked deck.

Impromptu Out of This World effects can be done with a shuffled deck in use (FASDIU) using any number of methods. The cards can be culled and separated in real-time (by extremely skilled sleight of hand artists), or the handling can be altered in several ways.

Which one you choose will depend on your personal style and your skill as a performer and with sleight of hand.

(I prefer impromptu variations, myself, but remember they all end up looking about the same to your audience!)

Out of This World Variations & Tutorials

Here are a couple of variations of OOTW you need to know about.

The original handling, as described above, is hard to beat.

This version uses a pre-arranged deck and a simple presentation for maximum impact.

1/2 deck impromptu Out of This World

This is what I personally use to amazing effect.

It improves on the original in some ways, like allowing the audience to shuffle the deck and speeding up the effect by only using a portion of the cards.

It also has a kicker prediction ending that stuns people.

You can learn this one from the Michael Ammar videos on his website.

The 1/2 deck version above is pretty easy to perform and doesn’t require any sleight of hand to speak of.

But there’s an even easier method that’s almost completely self-working.

It’s not as convincing to the trained eye but will wow most audiences.

Triumph/Out of This World combo

I love this version from World’s Greatest Magic (click to watch the performance).

In this one, the performer executes a short Triumph (another all-time classic), and uses it to achieve the set-up for an Out of This World effect.

It’s genius and an amazing example of smart routining.

Having done this effect tons of time myself, here are a few things you might want to keep in mind.

This is a longer effect than most card tricks. Usually, I advise to slow everything down for more impact, but you don’t want to draw this one out too much.

You’ll have to practice and learn where to speed things up and where to really milk the big moments.

Come up with your own story

There are so many patter options here. Are you making this all happen with magic? Is the participant doing it all with their own skill and luck?

Is this truly a one in a million coincidence?

Play it straight or make it funny. Either way, make it your own!

Don’t open with it

OOTW is too long and slow as an opener, especially if people have never seen you perform before and don’t know that you really know how to bring it.

Out of This World, however, is an excellent closer for a short 3-5 trick routine.

Whichever OOTW variation you choose to learn, you’ll be really glad you took the time to add it to your repertoire.

People ask me for this trick all the time, and it’s extremely memorable (“Do the red-black trick!”)

My favorite is the 1/2 deck version from the Ammar tapes (you can learn it individually on his website for about $4), but the classic is just as good if you take the time to master it.

What are your favorite twists on the OOTW plot? Any good performance tips to share?

And before you go, check out my guide to the Ambitious Card Routine — another classic you need in your routine!