From specialty collectors decks worth hundreds of dollars to your standard Bicycle playing cards — each deck of cards is different in its own way.

However, while each deck is different in its design, every playing card is made up of the same seven components.

The main parts of a playing card are:

Each card in a deck of cards is assigned a value used to identify the card in card tricks or give you a value in a card game.

The numbered value of a card is shown in two corners of every card and can be found just above the card’s suit.

These numbered cards make up the majority of your deck of cards with 36 cards that are numbered.

The value of the Ace card can be either the highest valued card or the least valued in a game. An Ace can either be valued at one or eleven, depending on the game’s rules.

In some card magic effects, values are assigned to the face cards as well with Jacks being 11, Queens being 12, and Kings being 13.

(This comes into play, for example, in the set up for an Invisible Deck.) 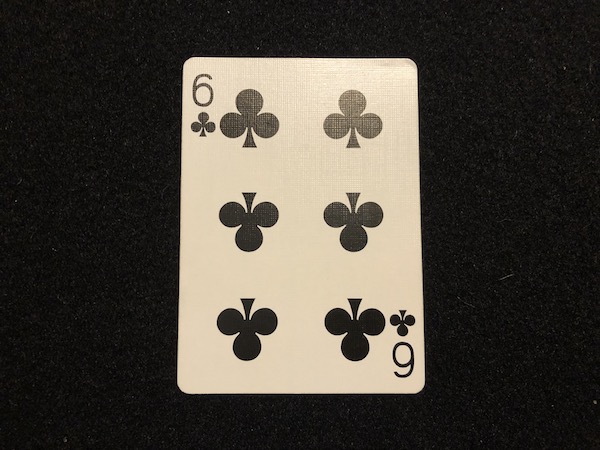 There are four suits in a 52-card deck broken up evenly into thirteen cards in each suit. The same suit and number of the card will never be duplicated in a deck of cards.

The card’s pips are small symbols on the card that determine the suit and the value of the numbered cards.

The four suits in a deck of cards are:

The suit or pips of a card are in the corners of every card and the center of numbered cards.

Each numbered card has the same number of pips in the center as its numbered value.

Picture for Face or Court Card 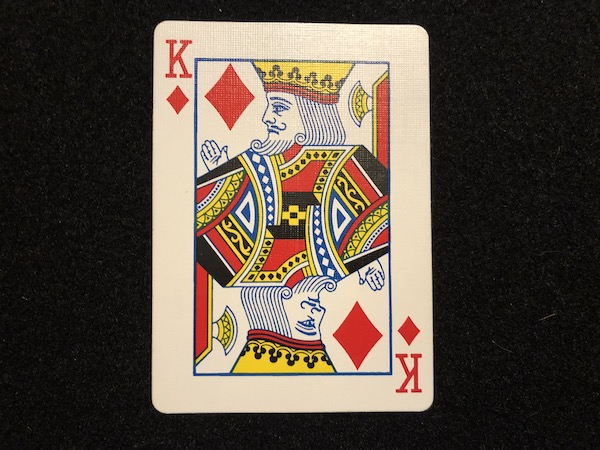 The face or court cards in a deck of cards are valued at ten in most card games and show an image instead of a number.

The three cards that are considered court cards or face cards are: 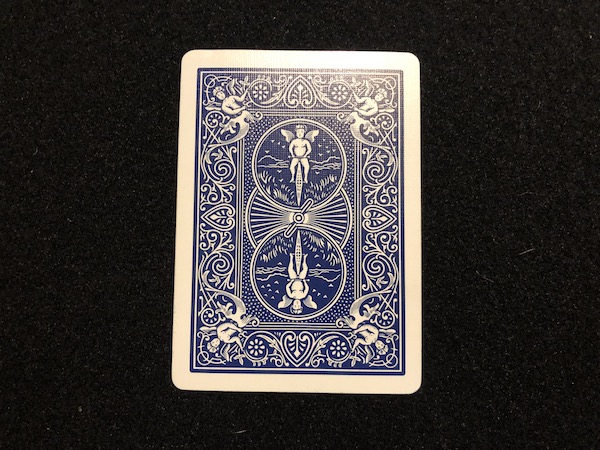 The design on each playing card’s back is the true differentiating factor between every brand’s deck of cards.

Each brand that makes playing cards has a signature back design that customers can recognize anytime they see it.

The most common colors on the back of a standard deck of cards are blue or red. The back design of a card is typically a basic geometric pattern that is the same on every card in the deck.

However, there are hundreds of specialized decks with different themes and designs on the market.

From the iconic back design of Bicycle brand cards to custom printed playing cards, there is an option for any back design you want for your deck.

The border of a playing card is typically a blank white or black space around the back design of the card.

Choosing a bordered or borderless playing card depends on your intended use of your cards.

If you are someone who plans on fanning out the deck of cards often, a borderless playing card deck will look better to spectators.

A bordered card is typically best used for people looking to perform sleight of hand techniques like the double-lift.

A bordered card is the better option because the border of the card can blend more naturally with the card below it if the card slides off-center during a performance.

People interested in cardistry, or elaborate flourishes with playing cards, sometimes (but not always) prefer borderless cards for their visual appeal.

This part of a playing card is totally up to your personal preferences. You will notice with enough experience which type of card works best in your situation.

For increased durability and easier card handling, a thin plastic coat is applied to each card’s front and back during the manufacturing process.

This glossy or matte finish protects the card’s ink and prevents scratches. It also has a huge effect on how the deck handles.

Without a finish on the card, the ink would fade quickly, and the cards would stick together when attempting to fan out the deck.

Two methods of finishing a playing card are varnishing and laminating.

Varnish: Varnish is the most common type of finish for a standard deck of playing cards. The liquid glossy finish will seal the playing card and protect the ink from minor scratches and fading.

Lamination: Laminating a card is performed by applying a thin polypropylene finish to the playing cards after completing the printing process. This finishing method is more protective of scratches compared to varnishing and is water-resistant.

The card finishes best suited for card magic are:

However, if you go with U.S. Playing Card Company playing cards, you’ll be quite happy with their standard Air-Cushion Finish for pretty much any occasion.

A playing card’s stock is the material that the playing card factory uses to print onto when creating their deck of cards.

The most common material used for playing cards is a heavy paper material glued together with a blue or black-colored glue.

Paper has stayed the popular choice for playing cards due to their flexibility and smooth handling compared to any other material.

Many playing card publishers will use the term GSM to describe their paper cardstock. This unit of measurement helps the customer determine how heavy their cards will be to match their needs.

The most frequently used cardstock weight is 300 grams. This GSM is what most major playing card manufacturers will use for their cards like Bicycle and Theory11.

Some people want playing cards that are heavier and easier to handle, and others want a lighter card with more bend to it — whatever style you want, looking for the GSM when shopping will help you pick out the perfect choice.

Some of the other standard paper cardstocks used are:

Playing cards made from this thin plastic have grown in popularity due to Kem brand plastic playing cards used in both the World Series of Poker and World Poker Tour.

These poker tournaments proved plastic cards are the ideal choice for those wanting to play card games.

The rigid design is why magicians still opt to use paper-made playing cards for their performances.

Wood and metal playing cards are more of a novelty item than the more functional paper or plastic cards.

As you can probably guess, these cardstocks are quite expensive compared to their paper counterparts. The manufacturing process of these decks takes more effort and detail to create.

A metal playing card deck will cost upwards of $100 depending on the metal material used.

The four materials used in metal decks are:

The wood decks are more affordable but are still not a very convenient option.

The wooden deck, typically made from plywood, requires users to interlock the cards when storing them.

The wood is too thick to stack on top of each other without falling over like a standard deck of paper playing cards.

That pretty much covers the different parts of a playing card!

Playing cards may have become more specialized throughout the years, with intricate back designs and different cardstocks.

However, each deck of playing cards has the same 52-cards and provides the same ability to play dozens of card games and perform fantastic card tricks.

The type of deck you own doesn’t make the magician. It’s what you can do with those cards.

If you want to learn more about the anatomy of a deck of cards, check out the types of cards in a deck and see my favorite cards for magic.